Before you start trading, you need to identify the trend of the market.

This involves finding the general direction of price movement. We can observe on any chart and in any time frame that markets do not move in a continuous straight line but instead create a series of peaks and troughs. By studying the direction of these tops and bottoms, we can see whether the trend is up, down or in a range.

On the other hand, when lower and lower peaks are formed, along with successive lower troughs, we can say the trend is down.

When price action moves sideways to create horizontal peaks and troughs, the trend is said to be in a range.

To help us identify the trend of the market, we use trend lines.

In a downtrend we draw a straight line downward, connecting as many successive peaks as possible. 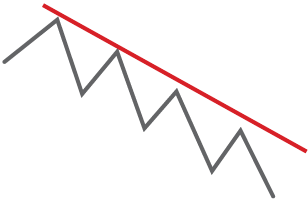 This is how a downtrend would look like on an MT4 chart. 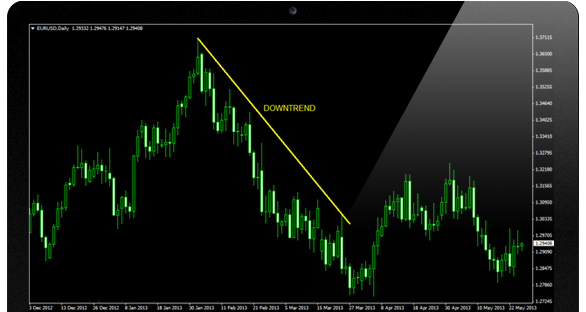 In an uptrend we draw a straight line upward to connect all the successive troughs. 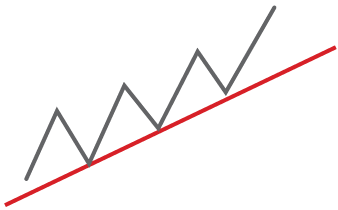 This is how an uptrend would look like on an MT4 chart. 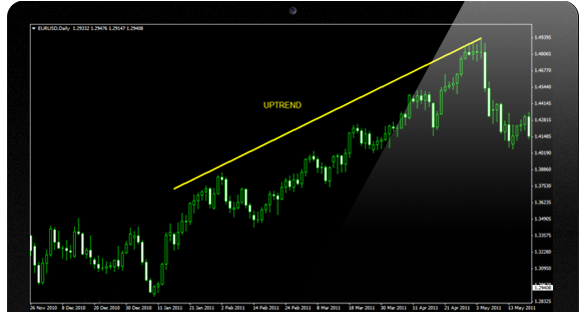 A break of the trend line could suggest a change in the trend. This will be discussed in more detail later.

Remember that while a penetration of a valid trend line is a signal that the trend might reverse, it could sometimes be a false signal. We could wait for at least two closes of the candle above or below the trend line to confirm. 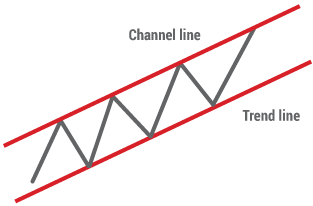 Below is an example of a linear regression channel in a downtrend. We can see that for the most part, prices remained within the channel, keeping the downtrend intact. However, prices eventually moved out of the channel and began moving upwards. This gave a signal that the downtrend ended. 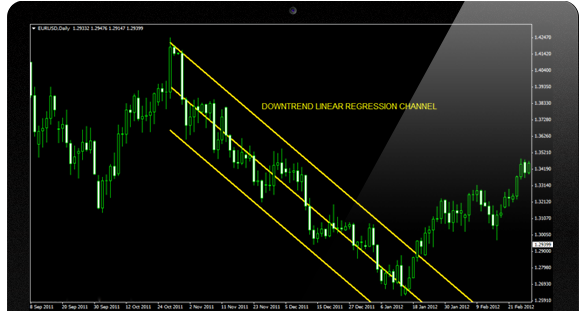 And here is an example of a linear regression channel in an uptrend. 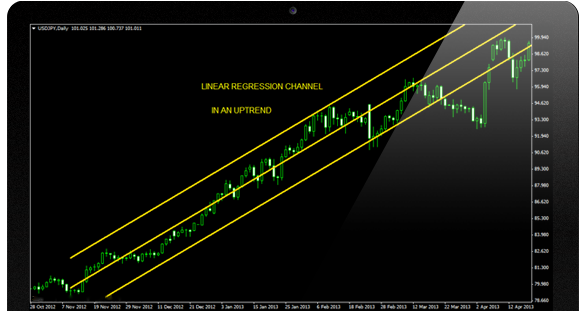